How to Fight Offset Payment Audits Against Your Chiropractic Practice 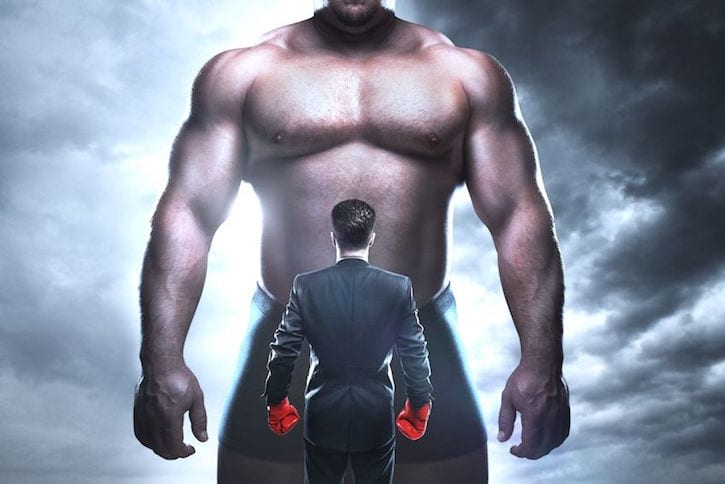 It’s bad enough to be on the receiving end of an audit. But what produces pure frustration AND a feeling of powerlessness is when payers recoup your money by offsetting payments from future checks regardless of whether they had the right to recover their money in that fashion (or at all).

Unfortunately, I’ve done far more than my fair share of chiropractic audit consults to know that the audit and offset scenario is far from a rare occurrence.

The audit and offset process is fairly simple. The payer sends you a notice that an overpayment was made. It may be their fault due to a mistake on their part (they paid in excess of benefits, paid for services or patients that aren’t covered, etc). Or it may allegedly be your fault (due to chiropractic billing, coding or necessity, documentation issues).

Either way, the letter from the insurance demands repayment and generally gives a short timeframe for you to refund the payer. If you do not repay within the allotted timeframe, the payer then takes their money back by withholding (known as “offsetting”) payments that are owed to you for future or other services rendered.

There are many problems with this whole ordeal and few chiropractors know how to handle audits properly and fewer understand how to oppose offset payments. Fortunately, you DO have rights and there are weapons available to fight back with – and very powerful ones – which is exactly what we’ll be discussing in this post.

First, let’s tackle the problems that frequently emerge in the audit and offset scenarios and we can then offer strategies and solutions.

One common (and improper) tactic payers use to recover their money is to offset your checks before the appeal process is complete. Regardless of whether you are in or out of network, this is always incorrect. All payers have rules (their own) that they are obligated to follow.

Similarly, some payers simply ignore appeals that you have written and act like they never existed. In this way, if there is no appeal, they may be able to legitimately begin to offset your checks (maybe). Unfortunately, there was an appeal; the payer just ignored it.

First, I should clarify that if you are an in-network provider for the payer that is attempting to recoup money from you, there is a different set of rules that can protect you as opposed to doctors who are out of network.

Although you probably haven’t read your provider contract in a while (or ever), your primary protection lives within that document. Though payers have different names for the process, your defense is in the form of an appeal according to your contractual rights.

Payers may refer to their “Physician Dispute Resolution” clause, to the “Provider Claims Review Process” or they may just acknowledge that you have rights and recourses to appeal any decision per your provider contract.

So, your first step as an In-Network Provider is to appeal the audit (and the subsequent offset payment attempt) by filing a formal appeal according to your contractual rights. I know that many of you will state that you have done that with no results, but I need to be absolutely clear about the wording here.

The first line of your written appeal MUST state the following:

This letter is to serve as a formal appeal according to my rights as a contracted provider for [insurance company].

There is a distinction made (by payers) between formal appeals (for which they are required to take action IF you are a contracted provider) and a grievance (which they routinely ignore). By stating that you are waging a “formal appeal” you are immediately making the payer aware that you know your rights and that they must grant them through the appeals process that is a provision in your provider contract.

Sadly, anything and everything else that does not allude to your contractual rights is not seen as a formal appeal and, instead, is treated as a grievance – i.e. a complaint. Depending on the mood of the person viewing your whining that is placed in writing, they can choose to acknowledge it or (more commonly) ignore it as they have no contractual obligation to deal with it.

Out of Network Audit Attempts

While in-network doctors have contractual rights to protect them, out of network providers have few, if any. Certainly, each payer has a set of policies and procedures that they are supposed to adhere to in respect to claims, disputes and audits. But the fact of the matter is that you have nothing in writing to hold them to anything much that resembles a standard.

If you are an OON provider AND you are accepting assignment (the insurance pays you checks), there’s worse news. The payer will typically attempt to offset your checks if you do not meet their repayment demand.

On the other hand, if you are OON and you do not accept assignment, the payer has a more difficult situation because they haven’t actually paid you. This doesn’t stop them from trying to tell you to pay the patient back or even threatening a lawsuit to your patient to recover their money.

The Law is On Your Side

If all of the above sounds crazy and seems like the payers can way overstep their bounds, here’s some good news: the courts think so too.

As far back as 1974, courts confirmed that if a payer makes the mistake (i.e. pays you when they should not have), then the payer must bear the burden of the mistake. In other words, if the insurance can’t administer their own policies correctly, it’s not the provider’s fault and you don’t owe them a refund. [Source: Federated Mutual Insurance Co vs Good Samaritan Hospital, 191 Neb. 212, 214 N.W.2d 493, 495-96 (1974)]

Despite legal precedent, I have spoken to enough chiropractors to know that payers can (and frequently do) attempt to recover payments – even if it’s their mistake.

Fortunately, all is still not lost. There’s more legal muscle and it’s even been proven both in the court of law AND in respect to chiropractic claims!

Bringing Out the Big Ammo With ERISA

If (and when) payers attempt to ignore your contractual rights, your appeals and/or legal precedent, it’s time to bring out the big guns and call them on their likely violation of the patient’s ERISA rights (Employee Retirement Insurance Security Act).

In case you are unfamiliar with ERISA, these are federally mandated rights that (amongst other things) dictate very comprehensive procedures and guidelines that must be followed when benefits are reduced or denied. In short, your patient’s insurance benefits are part of their employer’s compensation package. Decreasing those benefits or asking for them to be refunded (regardless of whose fault it was) is akin to taking their pay out of their pocket and may be considered an “adverse benefit determination” which will unfairly affect the patient.

Even better, courts have determined that if ERISA applies, insurers cannot unilaterally demand money and simply take it back when they feel like it. Instead, the payer must follow ERISA’s rules and offer a “full and fair review.” If they fail to do so, the payer is in violation of ERISA, which places them in a lot of hot water.

Best of all, the above isn’t just legal theory! There are three (3) recent cases that all demonstrate how providers can be victorious in the fight against post-payment demands or offset payments. And they were all fought and won by chiropractors!

The first case took place in 2013 whereby two chiropractors successfully defended themselves against a BlueCross Blue Shield audit that attempted to take back over $400,000 for what BCBS claimed was “billing fraud.” In short, BCBS claimed that the DC’s in question fraudulently billed for services not covered under the plan and demanded repayment. The mistake was not on the part of the chiropractors, but BCBS who paid for the services. The DC’s won and were granted their money back that BCBS already recovered plus interest! [Blue Cross & Blue Shield of R.I. vs Korsen, 2013 WL 2247460 (D.R.I. May 22, 2013)]

A second similar case was successfully won by the Pennsylvania Chiropractic Association on the behalf of state DC’s who were audited by BCBS after a computer glitch mistakenly paid the chiropractors and then BCBS attempted to offset future payments to recover money from their error. The court found that the repayment demands constituted “adverse benefit determinations” and therefore the attempts to recover payment were disallowed. [Pennsylvania Chiropractic Association vs Blue Cross Blue Shield Association, 2014 WL 1276585 (N.D. Ill. March 28, 2014)]

If that weren’t enough, a third case against UnitedHealthCare ruled in the favor providers once again and found that an insurer cannot a payer cannot unilaterally assert a basis for repayment without giving the provider due process that ERISA rights provides – regardless of the reason AND even if the insurer alleges fraud! [Premier Health Center vs UnitedHealth Group, 2014 WL 4271970 (D.N.J. Aug 28, 2014)]

Whether it’s due to your rights as a contracted provider, to legal precedent or the patient’s rights via ERISA, the good news is that there are many scenarios for which you can confidently answer “no” to a payers repayment demand and have a great set of defense strategies to back you up.

One word of caution: before you write that check or agree to allow a payer to offset your payments, get audit help. Though you have the law on your side and I’ve made every attempt to simplify the process, it’s not always easy. Few payers will ever admit they are wrong but the good news is that you now understand they often are – and that you can do something about it!