Chiropractic Salary Stats: How Much Do Chiropractors Really Make? 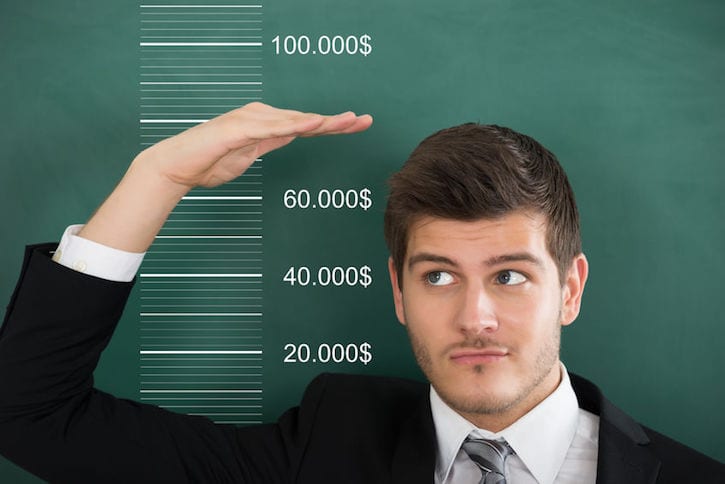 Chiropractor salary statistics are changing in the profession, yet many still want to know the answer to the question: how much do chiropractors make in 2021?

Some new data has emerged since our original post attempted to answer the question “How much do chiropractors make?” So here’s the latest update on chiropractor salary stats and answers to burning question asked by many in and around the profession.

Before we dive in to the answer, here’s a quick word of warning: While the question “How much do chiropractors really make?” sounds like a simple one to pose, the answer is a bit more complicated and varied depending on the source of the information. Let’s take a look:

First up, we’ll look at the statistics from the U.S. Bureau of Labor and Statistics or the BLS. The BLS is able to collect some of the most scientifically accurate statistics, however, it is limited in the respect that the data may not get updated as frequently as other sources due to its intense data gathering methods.

Geographically, chiropractor salary statistics show a small difference depending on where you live and practice in the United States. Here are a few examples:

In addition to the official BLS statistics, there are plenty of other sources to consider when you are figuring out an average chiropractor salary. One such source is straight from chiropractors themselves; Chiropractic Economics magazine conducts an annual Salary Survey to see where the chiropractic profession’s income is at. The 2020 salary survey stated that the average gross billings for 2020 were $649,400 and the average gross collection was $448,000 for a reimbursement rate of 69%. The average total compensation that the DC enjoys is about $144,000, which is up from 2019’s average compensation of  $123,400.

Chiropractic Economics, while only taking data directly from DC’s themselves, only records a small percentage of information from Associates or non-owners. So this survey may be slightly more in favor of experienced doctors’ salary information than the profession as a whole. In addition, this survey only had responses from about 400 practices, which is a small fraction of the practices across America.  Interestingly enough – and perhaps due to COVID – the number of responses was approximately half of what came in on prior years and is certainly only a small fraction of the 50,000 or so DC’s in the USA.  Despite these limitations, I study the salary survey each year because it does reveal trends in the profession in terms of income, expenses, services provided and many other useful data points.  Because of this, we cannot ignore the valuable info provided by Chiropractic Economics each year in its Salary Survey.

UPDATE: Another helpful aspect of the Chiropractic Economics salary survey is the look at how the profession is changing with respect to additional income sources, as well as expenses.  Year after year, their survey shows nearly half of chiropractors are employing a massage therapist — and those that do, enjoy greater incomes.  So more of the profession is catching on to the vision cast in our best-selling Build a $300,000 Massage Practice in Your Chiropractic Clinic!

Another good source for researching chiropractic salaries is Glassdoor-a website designed for researching what it’s like working for various companies and professions. According to Glassdoor, a chiropractor’s salary is an average of about $60,170 a year; with $49,000 at the lowest and $98,000 at the highest. Unlike Chiropractic Economics, the data from Glassdoor is taken exclusively from employees and associates, although only about 230 chiropractors provided information, so this is a more limited data range than other sources.

Indeed is a popular job searching website that also has chiropractor salary information; according to their data, the average chiropractic salary is $68,490 with over 2.4k salaries reported and updated March 11th, 2021. However, Indeed does not differentiate between part-time and full-time job salaries, so an accurate salary reading for you may require other sources.

Another source of user-generated information is Payscale; according to this site, the average median chiropractic salary is about $60,586, with salaries ranging from $39,000 – $108,000 as reported by 1,234 users.

Finally, ZipRecruiter is a very similar site to Indeed; a job search website that will break down information by states as well. ZipRecruiter states that chiropractor salaries range from $23,500 to $100,500 with a median average of $67,745.

The primary challenge with most of the user-generated site data (except for Chiropractic Economics) is that the statistics are likely from Chiropractic Associate salaries because these are hiring sites that are publishing the data.  Self-employed chiropractors are not likely to submit their own data to these sites but are instead searching for an associate.  But even associates may have a tough time extrapolating this information for their own purpose because of the wide range of salary structures and the lack of detail given on the positions surveyed.  So for example, while Zip Recruiter may reveal that the top salaries of DCs come in at $101k, the bottom end is only $24k.  That’s quite a range and we don’t know if these are salaries for full-time or part-time positions.

Obviously, the chief limitation for all these sites is the sample number in their data set. So exercise caution when referencing such sites.

Publishes medical literature or research on chiropractor salary levels is scarce. A search on Pub Med found few articles in peer-reviewed journals on the subject.

A study published in JMPT in February 2018 conducted a survey of 37 chiropractors in the private sector healthcare system found a median chiropractor salary of  $112,000 – with the range going from $40k to $255k. But with such a small sample size, it is hard to draw meaningful conclusions from this.

Be cautious when researching the “average” median chiropractic salary; these numbers are taken from different groups of DCs and limited numbers of researchable chiropractors. The chiropractors who were surveyed could work less or more hours than you, have practices in various areas of the United States, and have any number of differences to you and your practice. Tread carefully and do plenty of research, but also take into account your own unique situation.

Also, if you are a chiropractor who is based outside the United States, none of the information above will likely be helpful to you.  Our apologies to our international chiropractic friends whose salary data is not a part of this post. Regrettably, there are no reliable sources I have seen for worldwide chiropractor salary information).

Hopefully these numbers helped give you a rough idea of how much chiropractors make in 2021 and encourage you to be more than “average” with your chiropractic care and practice!

If you aren’t satisfied with the current income you’re receiving from your chiropractic associate position or feel it’s time to move towards owning a practice or moving to a better paying associate job, then sign up for our FREE Practice Match service so that we can help you find a practice that will help you reach your chiropractic goals!

Finally, if you are on the other side of the fence and looking to HIRE a chiropractic associate as part of your exit strategy — then you should consider viewing one of our FREE Chiropractic Transition Webinars to see if that would be a helpful part of your transition strategy.