Why YOU May Be the Biggest Obstacle in Your Practice 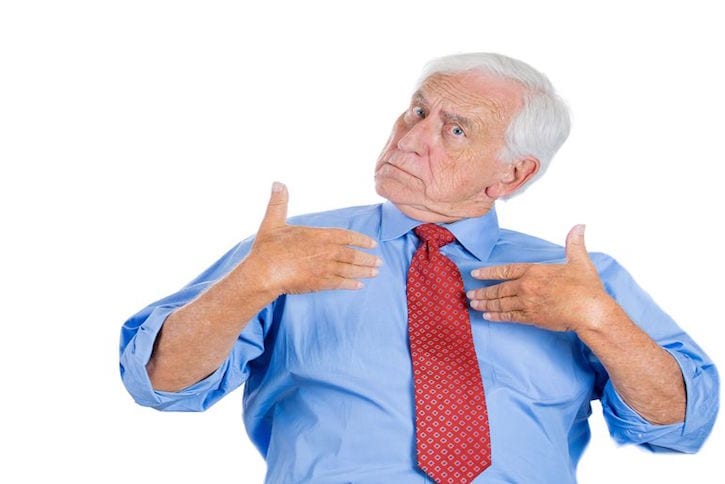 If we were completely honest with ourselves, most chiropractors would be forced to admit that the biggest obstacle in the way of practice success is…us.

You’ve probably heard that while most consumers think they are making buying decisions based on logic, marketing research shows that we actually buy based on emotion.  Unfortunately, I’ve observed that the vast majority of chiropractors are guilty of exactly the same in respect to running their business.  In other words, we have little logical justification for how we manage our business, other than the “it feels right” method (which after a few years, goes under the name “we’ve always done it this way”).  Here’s a few reasons why:

1)  Fee Fears:  Many DC’s are incredibly fearful about their fees.  They raise them every leap year (or less).  And when they do, they create long-winded letters of justification to their patients letting them know that it has been 10 years since they last raised their fees and that they hope that the 10 cent increase won’t be an inconvenience (and they invite their patient to talk to the office manager if it is.). During the normal course of business, too many chiropractors also fearfully create all sorts of “special deals” in an effort to keep their patients happy by not charging what they’re worth.  So when Mrs. H comes in, she gets the same fee that she paid in 1989 because she’s grandfathered into a “special deal” as does the entire XYZ family (all 9 of them) who pay a “family price” of $45 because when they first started as patients in 1999 that was the price.  And don’t forget the “special friends”all of whom get an infinite variety of “special deals” to the degree that a new employee can barely keep track of all the different rates.  The list goes on and the business decision to set fees this way certainly isn’t justified by logic.  It’s emotion — and fear is at the core.

2)  Coding Cowardice — Unfortunately, emotional management goes way beyond fees.  Chiropractors continually give away free services or under-code because they believe (mistkenly) that this helps the stay “off the radar.”  While I will certainly agree that problematic coding is a sure-fire way to trip the audit alarm bells, I’ve found that there are way more chiropractors hiding in the corner of the other extreme.    They do the work and could get paid.  Logical practice management would then simply dictate: if you do the work, get paid.  Instead these docs are losing tens of thousands of dollars each year out of fear (and ignorance). They may be afraid of ruffling the feathers of their patients by charging for a service that they’ve always given away for free.  They may be afraid that billing an insurance company for what they actually did will get them flagged.  But again, emotion is steering their ship, as they could learn the proper procedures to get paid and develop viable systems for educating their patients in the process.

3)  Examination Errors:  Perhaps one of the greatest areas of emotion vs logic based management in the chiropractic practice is in respect to E/M codes. In other words, some chiropractors “feel” that the depth of their probing, the length of their history and the thorough nature of their examination warrants a higher level code.  Others let the emotions of fear overcome them and they feel that they want to stay “under the radar” so they choose a low level code for their services. Still others shoot straight down the middle, feeling safe and a little bit savvy that they are not part of either extreme (but in reality, having no logical or valid methodology for their code choice).

Where’s the Logic in Emotions?

So, regardless of their reasons, why do chiropractors commit these costly errors?

Lack of Knowledge: Certainly, one major reason is a lack of knowledge. Are you coding level 2s exams instead of more level 3s? Part of the problem is not knowing what the difference is in terms of reimbursements.  Schools train chiropractors to perform examinations for clinical or med-legal purposes but they do not intertwine this with the applications to billing or coding. So the average DC is ill-equipped to make wise choices in the coding arena, which leads to losing tens of thousands of dollars until the actually learn the system.

Lack of Attention: A final reason chiropractors are routinely making these mistakes is that they don’t pay attention to impact their random and emotional coding or management practices have on their bottom line.  After all, if you’ve always coded all your New Patient Exams at one level, you won’t even realize that there may be a $50 difference at the higher level. And you don’t know that you are literally leaving a trail of dollars behind.   For example:

By up-coding (using a 99202, but only documenting to support a 99201), you potentially risk post-payment demands of $6000 per year in income you didn’t really deserve to be paid.

Lack of Understanding: Lately, I have been speaking to more chiropractors who are down coding out of audit fear. With the threat of a Medicare and other third party post-payment audits looming, coding in the middle or at the bottom doesn’t raise any flags, right? Perhaps but perhaps you are just robbing yourself of income you deserved.  But the true thief here is the lack of understanding of how insurance audits work.  With the technology presently available, you never really escape scrutiny or “the radar.” Your data is being constantly tracked and likely, in way more detail than you realize and are tracking it yourself.

Case in point, I was contacted recently by a DC who received an audit notice from Medicare stating that he was the #2 provider in his state for billing code 98940. He heard all the audit rumors about how too many chiropractors repeatedly bill 98941 and so he went the other extreme and billed all 98940’s thinking that he’d be much safer “under the radar.”  Mistake.  All those 98940’s got the computer’s attention.

There is really no safety in any position on the curve if it does not represent your services accurately and if you have not justified your procedures through proper documentation.  So while you may think that coding the lowest level exam or adjustment provides a measure of safe harbor, if your documentation stinks, even the lowest reimbursements may be considered overpayments!

Now that I’ve painfully pointed out the flaws in emotional based management, here are a few steps to make the transition towards more logic and better profits:

1.   Remove the Gray: Before you place yourself on autopilot and check off another 99202 or 99203 or 99204, consider what that really means. If you are doing the services and have properly documented them, get paid for what you are doing.  If you are not sure, remove the grey areas and learn black and white lines that can help you make good decisions.

2.  Match Your Message:  Consider what your emotional based management is truly saying to your patients.  Why are you giving away things for free if you are so good? In respect to your fees, consider whether your fees are helping you position the business in the manner you desire or if they are sending a mixed message.  A world renowned specialist will not have the lowest fees on the block and patients will expect to pay more.  On the other hand, a doc who’s fees are low and who gives everything away may be sending the message that they really aren’t that good.

3.  Look Under the Rug:  What else is emotionally holding your practice and profits back?  Do you continually hold onto bad staff or tolerate underperformance? Do you attribute every bad month to “the economy” rather than look at the number of procedures your team missed or how well (or not) your systems are serving you?  Do you put the blame on “bad” patients who don’t want to pay rather than systematically design your practice to attract your ideal (better) patients who would?  All these are emotional decisions that could (and should) be placed by actions, procedures, policies and systems that are based on logic instead.

Now that some of you have received your painful lesson, let me tell you that this is typically the tip of the iceberg in what your improper billing, coding and documentation is costing you in terms of lost revenues and audit exposure.  If you don’t like the thought of your income being tied to multiple emotional decisions you make on a daily basis and/or what these numbers say in your case, I suggest you take steps to correct this immediately.

Let logic, strategy, compliance and correct billing, coding and documentation be the guide for your revenues, not emotion and interestingly enough, you will notice a few more emotions that will arrive: happiness, peace and satisfaction that you are truly maximizing your practice potential!

Fortunately, you don’t have to be shackled to the fact that you have a lot of untapped potential in your practice that your emotional management has been holding back.  You can work smarter!  Check out our upcoming Chiropractic Billing, Coding & Business Brilliance SEMINARS  [in Seattle & Boise] to learn how to build a smarter business and boost your bottom line.