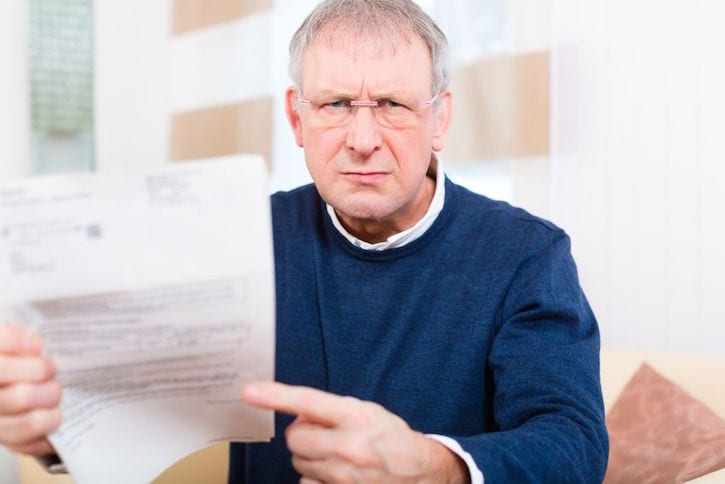 According to Railroad Medicare (administered by Palmetto), 66% of chiropractic claims in the first quarter of 2015 (January-March) were incorrectly paid and Medicare wants its money back.

Of the claims reviewed, 13,105 services were denied (66%) and 6,835 services were allowed (34%). Of course, since this was a retrospective review, the chiropractors across the United States who submitted claims on behalf of their Railroad Medicare patients can expect a letter in the mail requesting repayment.

Unfortunately, this isn’t the first time RR Medicare has conducted such a review with dismal results for us chiropractors. Worse, we can’t point the finger at a certain group of extremely uneducated DC’s who happen to all reside in a state or even region of the country. Since RR Medicare administers claims nationally, the problem is just as widespread.

Palmetto’s review revealed a few erroneous patterns that we can analyze to prevent problems in our own practice. In a nutshell, here’s what went wrong so you can fix it:

1. Requested Documentation Not Received – sadly the largest category of denials comes from chiropractors who did not submit their notes when the review was requested! Approximately 52% of the services denied were simply due to the fact that the chiropractor did nothing. In other words, the chart review was requested, the doctor had 30 days to submit documentation, and Medicare did not receive anything. After 45 days, this claim is automatically denied. As you might imagine, this is totally preventable. So rule #1 is submit your notes when requested (no matter how bad they are)!

Approximately 47% of the chiropractic services were denied due to “insufficient documentation.” This could mean several things including the following common reasons:

While the above two reasons cover 99% of the reasons for denial, there were approximately 70 claims that were denied due to a lack of a doctor’s signature in the notes. Again, this is a totally preventable error that can be easily fixed.

Are you committing one of the above errors? Even if you have few Railroad Medicare patients, the same rules apply to your local Medicare carrier as well so it’s definitely worth fixing! Use the above as a checklist to quickly review your documentation to make sure that all the elements are present.

If you are uncertain if you are meeting one of the requirements, even though you are documenting it, perhaps it’s time to get help, learn how or get some objective analysis on how to do it better…before it’s too late.

As I stated above, this isn’t the first time we’ve seen a poor showing in Medicare’s reviews. Their conclusion is that future reviews will be conducted again and at a 66% error rate, it’s only a matter of time before your records get pulled. Take action today – before you learn the painful lesson and before you are focused on making changes for ICD-10!