Simple, Common Mistakes Chiropractors Make in Audits (That Cause Them to Forfeit Their Money) 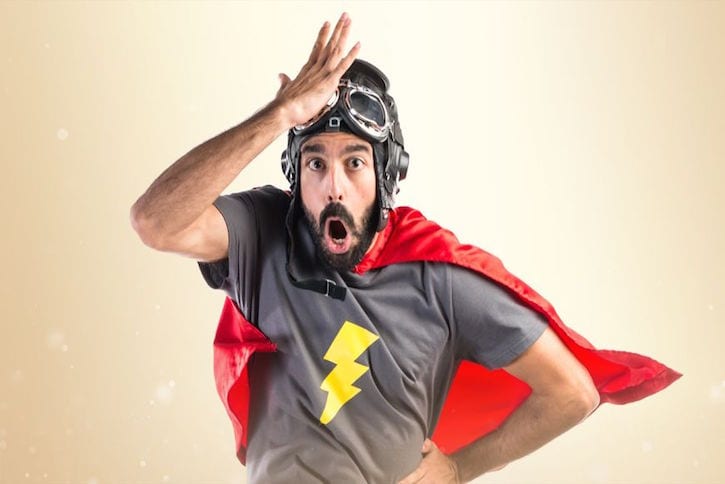 Unless you have just emerged from your 20 year time capsule, it’s not really news that Medicare has its crosshairs on chiropractors. We are perennially an audit target. And while this fact frustrates many chiropractors, motivates some into compliance and just plain confuses much of the chiropractic profession, here’s the plain and simple truth:

Medicare will continue to audit for chiropractic services as long as three conditions are present:

Yes, Medicare perceives itself as on the hunt for hooligans committing fraud, but pure math dictates that we are a small profession with proportionately small percentage of fraudsters and very small revenues at least compared to other professions.

So while many would ask why Medicare audits us at all, the answer lies in the combination above. We keep making mistakes (#2) and our mistakes are consistently high volume (#1) which creates easy money to recover (#3) for Medicare.

Today we are going to focus on SIMPLE (but surprisingly common and perhaps even stupid) mistakes that contribute to our reputation as dunderheads who make the process of Medicare recoupments (and other payers as well) as easy as taking candy from a baby.

What Kind of Mistakes Are We Making?

In a recent review by Railroad Medicare (administered by Palmetto) of chiropractic claims submitted, the auditors found an apparently alarming error rate of 49%. Translation = nearly half the claims chiropractors submitted were wrong.

Note: The only reason I use the word “apparently alarming” is that historically our error rates have been much worse, as high as 99% in some Medicare carrier reviews.

What’s worse than the fact that half our collective efforts are goofed from the get-go is our attempted defense (or lack thereof) of our services.

So the reality is that just because Medicare – or any other payer – asks you to submit your notes, flags your claims for audits or even issues a post-payment demand does NOT mean you have done anything wrong. Most of the time, it’s a computer that has determined your billing patterns are aberrant, and the audit process investigates your outlier status.

All audits, therefore, should not result in paying back the payer. Supportive documentation, medical necessity and appropriately billed or coded claims can defend your care and then, in a perfect world, the audit is done.

The Reality of Our Bad Responses

Unfortunately, the reality of our response to defend ourselves in an audit situation is much different than what I just described.  Case in point, in the aforementioned Medicare review, approximately 4,155 services were denied due to lack of provider response to Additional Documentation Requests (ADR).

Put another way, the audit letter arrived and the chiropractor did NOTHING about it.

Let’s be clear: it’s a simple process. As part of the Medical Review process (aka an “audit”), claims are selected for review, and ADRs are generated and sent to the chiropractor who submitted the claim. The chiropractor has 45 days to respond to an ADR; if a response is not received, the claim will automatically deny on the 46th day.  In other words, case closed, audit failed and the chance to defend your care is lost. A subsequent letter letting you know you owe Medicare money for these claims and/or a notice to offset future payments will be issued.

Sadly, more than 61% of all denials are related to a non-response to requests for documentation.

Put bluntly: our first stupid response to an audit situation is that we don’t respond at all — which is exactly one reason why audits continue (see #3 above).

OTHER BAD ANSWERS TO AUDITS

It is bad enough to have to admit that 61% of our audit defense efforts fail because we don’t even respond to a simple request for additional documentation, but that still means 39% of responses were given – and many of those also answered the audit question poorly as well.

Here are examples quoted straight from the most recent Medicare review by Palmetto (no need to make up hypothetical situations) and my pointed comments along with them that will hopefully prod you into progress.

The “Are You Kidding?” Category

Beyond the non-response, the single most inexcusable error, in my opinion, sits at the end of your note and is known as a signature.

Basically, a signature is required and it’s…well…ummm..a signature! Translation = NOT.THAT.HARD!

Yet, 125 services in the above review were denied due to lack of signatures.

It’s pretty simple: Medicare requires that services are authenticated by the author. The signature for each entry must be legible and should include the practitioner’s first and last name. Providers can submit a valid signature attestation or log with any documentation that does not contain a signature or contains an illegible signature.

Here’s what Palmetto said for reasons claims were denied due to lack of signatures:

Future Plans
You can guess the end of the game here folks: Medicare will continue this service specific prepayment review. In other words, they will continue to audit chiropractors as long as we continue to make the same three mistakes above.

My hope is that the good chiropractors reading this (that’s YOU) will at least avoid the inexcusable documentation mistakes detailed in this article and be a part of the folks that get their claims paid and get to keep their money!