Retire IN or Retire FROM Chiropractic Practice? The Sell vs Slow Down Debate 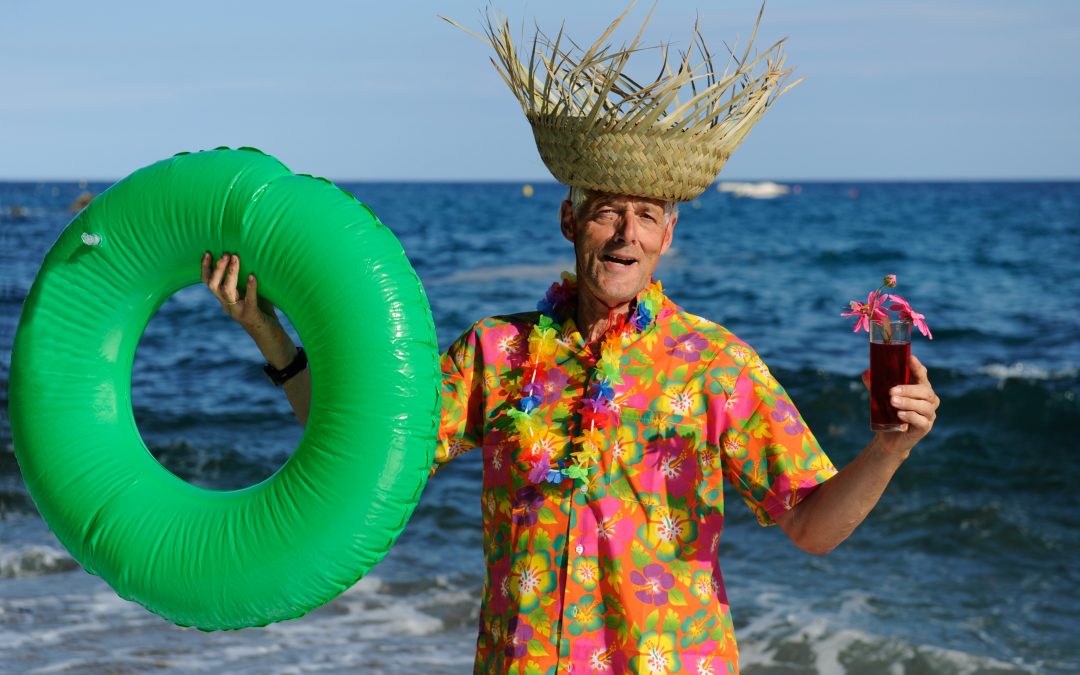 Seasoned chiropractors are probably old enough to remember a concept called “Retire IN Practice” that was promoted years back as an alternative to the commonly seen scenario of Retiring FROM Chiropractic Practice.

In a nutshell, the concept was to slow down your business rather than just sell and move on to retire from chiropractic practice. In theory, the idea sounds appealing to many, especially with docs who are not quite sure of what they want to do with “life after chiropractic” (but who know they don’t want to just sit around on a beach, wearing goofy hats and sipping cocktails all day like the fella in this pic). It’s even attractive to chiropractors who want some additional income before they retire from chiropractic practice completely.

The concept is probably most interesting to docs who love chiropractic, but just want to practice at a different pace.  They’d just like to slow down and with it ditch all the daily responsibilities that tend to complicate chiropractic such as managing staff or running the business in general.

Is It Even Possible to Retire IN or Only Retire FROM Chiropractic Practice?

Over the years, we’ve been approached by many doctors who are interested in the Retire IN Practice concept to see how it would work.  And because the practice management company that popularized the term has left chiropractors in favor of working with dentists, we got a lot of questions wondering if we have seen this happen.

The short answer is YES it can work.

The more complicated answer is that it works under certain circumstances and in others, we’ve seen it turn into a disaster.

Consequences of Slowing Down Versus Selling

If you slow down your practice, you will definitely have less to sell later on down the road – if anything.  The premise of the RETIRE IN practice does acknowledge that fact, but it basically looks from the view that the numbers will work in your favor if you keep working.  In other words, if you sell for $250k today, then your income stream is done.  But if you slow down and make $100k this year, $75K the next few years, and then $50k for a few more – then the cumulative value will exceed your sale value.

Problem #1: Ability to Practice – One of the primary problems with the retire IN practice concept is that it presumes that your health will stay stable so that you can continue to practice for years afterward.  At a basic level, it presumes you can practice, which is obviously something no one can predict. So for example, if your health only allows you to practice 1 year and you made $100k, you would have been better off selling for $250k.  If your plan is to slow down and practice three years in order to meet retirement goals or personal preference, but your health won’t allow, then you could put yourself in a position where you can no longer practice and worse, your “slowed down” practice is no longer sellable either – a double whammy.

Problem #2: Overhead – the retire IN practice also presumes that your overhead can shrink and/or that someone else is contributing to the production that covers the overhead. If you can run the practice with fewer staff, that overhead can definitely get smaller and you may have the ability to slow down and still profit. But many solo docs already have a lean staffing situation, so the savings may not be possible or not enough to offset the decreased income from slowing down.  For others, their staffing expenses may decrease, but since their rent or other fixed expenses remains the same, then they find themselves decreasing their collections due to a slower schedule, but also decreasing their net profit.  Obviously, at that point, the retire IN practice concept falls short of achieving income goals and all of these doctors may have been better off with the selling and the retire FROM chiropractic practice.

Problem #3: Emotional Satisfaction – A very real and tangible problem that few doctors realize is that the slow pace isn’t as satisfying as the sale.  Apart from the numbers, there are some residual emotional issues that pop up with the Retire IN practice concept.  When a doc reduces their schedule, the patients still have needs for care.  So that patient is now forced to go to a different chiropractor if their schedule doesn’t match your new reduced schedule.  Obviously this is not desirable for the patients who have been seeing you all these years in that they feel conflicted in choosing a new doctor when you are still technically around, but not that available. It’s emotionally tough for you too – especially if you don’t have someone locally that you trust or that can care for the patients in the same manner as you do. The issue can further complicated financially because you will feel that even this smaller amount of patients is either worth something (and want to sell) and that they should be cared for by someone.  So just slowing down and shutting down isn’t very satisfying.  Yet, if you slow down enough, there’s likely not much left to sell. When you retire FROM chiropractic practice through a sale or other planned transition, you are able to plan emotionally as well.

With these obvious challenges in mind, there is an alternative that has worked well for years – we call it the “Sell & Switch” option.  I didn’t “invent” this route but it has certainly been a popular one for our clients for many years now, as it has been in other professions such as dentistry, medicine and other health professions. And for many it is a preferable strategy to the concept of Chiropractic Associates because of the management responsibilities that go with mentoring an associate doctor.

In general, the Selling doctor agrees to work a schedule that is part-time or less than what they were previously working, which then satisfies your desire to slow down.

Why The Sell & Switch Works Well

For many Sellers, the Sell & Switch concept sounds like the best of both worlds – and it certainly can be.  You get paid on the front end and have an opportunity to make additional income on the back end.  You get to relieve yourself of the daily responsibilities of practice management while retaining the ability to see patients.

But the Buyer has some tangible benefits in the Sell & Switch option as well.

For example, one of the biggest fears for many buyers is that your patients will leave after the sale. With the Sell & Switch concept, you are still around after the sale.  So while most patients will happily be seen by your Buyer, you give them the opportunity to see you as well. Rather than leave the practice, they stay with you a little longer until they can “warm up” to the Buyer or until you decide to move on.

Additionally, the numbers can work well for the Buyer too.  Let’s say you cut your schedule down to the degree where you are only seeing 25% of your former workload.  Of course, the Buyer will now be seeing the bulk of your patients after the sale (75% in our example) PLUS they will the ability to grow the practice and see even more (assuming they can easily take over 75% of your workload).

For Buyers who may not be clinically ready to see the same volume as you, the Sell & Switch gives them an opportunity to “ease into” the new practice and new volume.  And since you are there, it won’t drop if they can’t handle the full load.  Or if the Buyer is not familiar with your technique or just needs a little extra help, you are there.

As you can see there are many advantages of this approach for the Buyer – and you too!

If you are one of these docs who can see themselves slowing down rather than selling and immediately moving to retirement, I hope this can help you see your options.

And while many of the Sell & Switch transitions are on the shorter side (less than a year), we’ve had some go much longer than that simply because they work so well for both doctors.  In fact, our longest Sell & Switch to date is now nearing their 10 year anniversary date of their Sale – and Switch!

Interested in hearing more about this concept?  Check out our webinar Sell, Switch or Slow Down where we dive a bit deeper into the strategies behind successfully selling (or slowing down) your practice, without making costly mistakes!