How to Audit a Chiropractic Audit 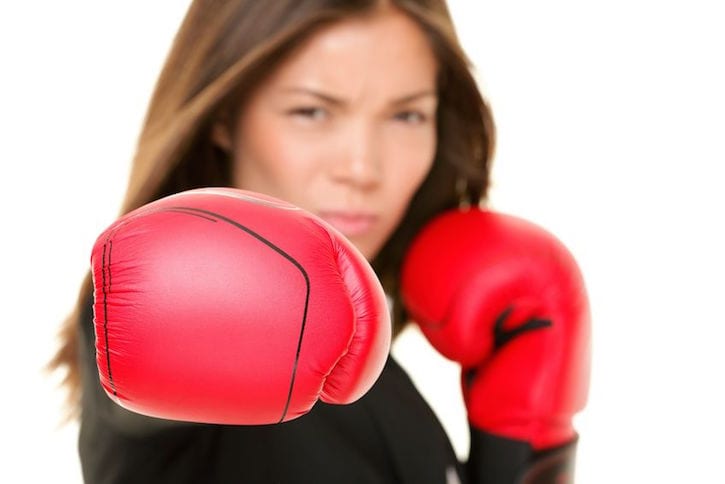 There has been quite an upswing in chiropractic audit activity in the profession lately.  I’m not sure if this is “audit season,” if payers have determined that once and for all they are going to “teach” us chiropractors a lesson and/or if we seem to be getting more proficient at making mistakes.  Regardless audits are up and so are the demand letters.  Just over the last three weeks, we’ve communicated with chiropractors who received an audit surprise in the mail and the repayment number was substantial — four of these DC’s had 5-figure problems on their hands and 6 of them had 6-figure audit issues. Ouch.

So…when the letter that you’ve been hoping that never arrives shows up in your mailbox, don’t panic. You are not sunk yet. In fact, odds are, you may owe a lot less than you think and it’s possible you owe nothing.

Although private insurers don’t publish their figures in regards to audits, Medicare does. And the numbers are good. Over 60% of audits are successfully appealed. That means overturned, in your favor. With that in mind, here’s what to do when a chiropractic audit comes:

How to Respond to a Chiropractic Audit

Step 1: Act Promptly – Sadly, we regularly receive panicky emails and calls from chiropractors who have received an audit letter and literally sat on it until two days before the response due date. This is pure nonsense and the procrastination achieves absolutely nothing good. The insurance that audited you is not going to forget. You are not going to come up with some sort of foolproof plan in the next 30, 60 or 90 days to completely befuddle the payer. And if you are spending your every waking hour “sprucing up” your notes — just stop there before you end up in more hot water. Instead, take the simple step to take some action. Once again, Medicare has published the statistics about chiropractic audits and repeatedly, a huge portion of chiropractors take absolutely no action in their audit or in response to a records request. Dumb move. Your first step should be to examine the date by which you must respond and then take action in formulating your response.

Step 2: Prepare Your Appeal – Over the course of the last 10 years, I’ve been on both sides of the audit fence (working as an insurance claims analyst for the largest health plan in California and working on your side, as chiropractic’s first certified medical auditor and certified professional coder). As a result, I long ago lost count of the number of audits I’ve seen; but I can absolutely count the number of audits that should have been appealed. And that number = all of them! Docs fail to appeal their chiropractic audit for a number of reasons — they feel it will be a waste of their time (in small cases), they fear being kicked off the insurance plan or they feel they they “deserve” to pay money back for less than perfect notes. Even if any or all of these conditions were true, you need to appeal! Here’s why:

Why You MUST Appeal Your Audit

First, we need to understand auditing is a big business and it’s a high volume one. Auditors literally fly through your notes in hopes of discovering anything that remotely looks incorrect. Since auditing is generally commission-based, the auditor directly profits by doing more audits. The more he does, the greater chance of him finding something wrong and potentially collecting a paycheck for your alleged errors.

By nature, then, auditing can also be a sloppy business. If an auditor is flying through your notes at 30 seconds a note (a realistic number), there’s a huge change they will miss important items. Unfortunately for you, the burden of proof is on you. The auditor motions for the claim to be denied or repayment requested and now it’s in your lap to prove that you should be able to keep your money.

Finally, most auditors do not truly understand chiropractic. Since few chiropractors are trained as auditors, the chances are great that you have a nurse reviewing your claims who may be either remotely familiar with chiropractic or not familiar at all. Therefore, terminology you use can be misinterpreted or missed altogether. Which is yet another reason you must appeal as it would be a shame to lose money based on a miscommunication of medical terms.

Auditing the Auditor and Fighting Back

Now that you understand a little more about audits, let’s talk about how to check the auditor’s work. The good news is that you don’t need a certification in auditing or any experience as an auditor to do some basic quality control checking which may help you short-circuit the zap of your audit. Here’s how:

Obviously, it’s better to avoid the audit altogether by understanding what gets you in trouble in the first place. But even if you are audited, your next best move should be to appeal based on the strategies above (which require no actual auditing experience).  Some audit situations are so commonplace, a simple appeal letter should be your first line of defense.

Certainly, fighting an audit is not always a do-it-yourself project.  If the repayment demand is a figure with several zeroes, it’s probably best to get expert assistance.  In these cases, we offer a chiropractic audit consult to discuss your situation, how to best fight your audit or minimize the damage and (if needed), we’ll recommend experienced healthcare attorneys who are adept at handling these issues (since your local attorney probably has no clue).