Is Your Chiropractic Non-compete Agreement Enforceable? Current Issues For Chiropractors To Consider 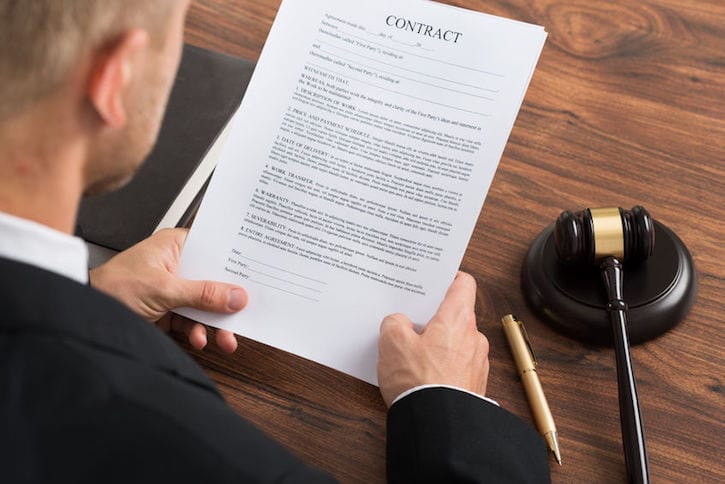 To chiropractors on both sides of the fence, a chiropractic non-compete agreement is often a hotly contested issue.

For a business owner that is seeking to employ an associate chiropractor, there are obvious practical advantages of having a non-compete agreement, plus the experience learned in the school of hard knocks that basically teaches that non-competes are pretty much indispensable.

After all, you don’t have to look far to find examples of chiropractors who started out as associates, learned the ropes under the patient mentoring and tutelage of an experienced doc, and then opened up across the street. Some even depart with a portion of the patient base.

Obviously, for the associate doctor, the disadvantage of a chiropractic non-compete agreement is that it can limit, often severely, other potential job options when the employment relationship ends and frequently restricts their ability to open up their own practice as well (at least within the confines of the non-compete).

Is a chiropractic non-compete agreement enforceable or a restriction of trade?

The million-dollar question (maybe quite literally) for every chiropractic non-compete agreement is whether it is legally enforceable. The answer, unfortunately, is not always simple.

States with favorable non-competes laws essentially acknowledge that the associate chiropractor entered the agreement voluntarily, that they signed a contract that willingly restricted their geographic location within a defined time period and that, the signature at the bottom of the page creates a legally binding contract with penalties for violating it.

On the other side of the fence are states that basically say that a non-compete is an illegal restriction of trade and any attempts to enforce a chiropractic non-compete agreement will be met with much resistance.

So two VERY important things to consider in all discussions about a chiropractic non-compete agreement are these:

2. Chiropractic Non-Compete Laws Can (& Do Change)

Since chiropractic non-compete agreements and other such restrictive covenants are a hotly contested issue, state legislators periodically can and do change the statutes regarding either the legalities of non-competes or the specific circumstances which make these covenants valid or invalid.

As such, neighboring states can also influence or affect the laws of the states touching its borders because a twenty mile radius in some places, can cross state lines and impact two (or more) different states.

California has been known for its effectual ban on non-compete agreements for quite some time now and the laws of the Golden State, in varying areas, can impact covenants formed in Oregon, Nevada and Arizona.

In 2015, the impact was significantly felt in Oregon through the case of Bernard vs Sherman Brothers Trucking. As of August 2019, a search on the Oregon State Non-Competion Agreements page illustrates that the waves of that case have crossed lines over into healthcare and affected Oregon’s non-compete laws to look similar (though not the same) as California’s.

The aftershock is now making its way up the coast as chiropractors (and other healthcare providers) can anticipate a change in non-compete agreement laws in Washington State to take place effective January 2020.

Make sure that you have ALL non-compete agreements reviewed by a local attorney so that you are certain the non-compete is valid in your state.

This is a tough one to define.  Frankly, every chiropractor seems to think that their methods, procedures and protocols seem to create an artistic brew of some sort of “secret sauce” that can be taken out of the office and applied liberally elsewhere to get the same results.  But is that really true?  Are there proprietary methods, unique procedures or other aspects of your business that can truly separate you from other chiropractors – and therefore need to be protected?  Or are you more like your neighbors – and just not wanting your associate to become another competitor in your town?  If you can prove the former, your non-compete will be upheld; if you can’t, well…maybe #2 will help you.

Generally speaking, if you practice in an urban area, the idea of a 25 mile non-compete will appear completely ridiculous to most courts.  Similarly, a 25-year non-compete (no matter what distance) would likely be promptly denied as well.  But a reasonable distance based on the type of practice location you are in (here, think urban, suburban or rural) and a reasonable timeframe (generally less than 5 years and commonly 2 or 3) will increase the chances of your chiropractic non-compete agreement being upheld in court.

Here, judges will weigh prior case law in your state to see if there has been some sort of legal precedent to follow – in your favor or against.

Chiropractic Non-Compete Agreement Laws (Sort of)
Although we have mentioned the idea of a chiropractic non-agreement law several times, there is little likelihood that your state will actually have a law pertaining specifically to chiropractors on the subject.  But…they may have legal statutes governing non-competes for physicians in general.  In this case, your DC initials should be viewed in the same light as MD, DO or any other medical physician for the purposes of interpreting your state laws.

To help you in this respect, you might want to check out the research done by Beck, Reed & Ridden Law Firm who have published an excellent resource on Employee Non-Competes that may save you lots of time in looking for your state laws.

In addition to checking out the above resource, if you are seeking to employ an associate as part of your practice transition for a future Associate Buy-In or Buy-Out; or, if you are looking to sell your chiropractic practice or pursue some other non-traditional exit strategy, we’d love to help you out.  Check out our FREE WEBINAR: Chiropractic Practice Sales or Transitions in 2019 & Beyond: Myths, Realities & Maximizing Value

If you are on the other side of the fence and SEEKING AN ASSOCIATE POSITION or looking for an Ownership opportunity (via Associate Buy-In, Buy-Out, Partnership or Practice Sale), then….you should check out our FREE Practice Match Service where we will match your interests and goals with chiropractic practice owners who are looking for someone like you.

We also have a FREE webinar you may want to view: Buy, Build or Break Up: How to Make Your Next Best Career Decision Whether to Buy a Chiropractic Practice, Start One From Scratch or Get a New Associate Job

[Finally, At My Attorney’s Pleading Request…A Disclaimer: Thoughts shared here do not constitute legal advice. Please consult with an attorney to discuss your legal issue.]