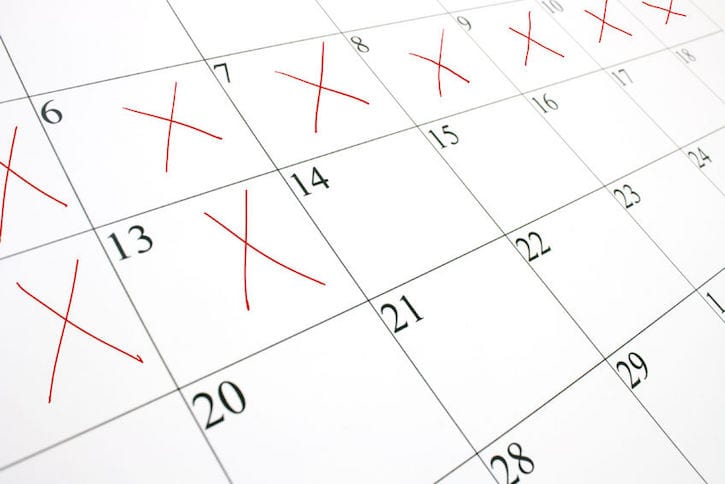 Would you take productivity advice from a prolific person who has attained massive success on multiple levels despite gargantuan odds AND who has much in common with you, the chiropractic business person?

If YES, read on (and you can skip the paragraph below).

Ask 10 chiropractors and 8 of them will likely tell you that they don’t have enough time in the day to work ON their business because they are so busy working IN their business. Yet, if we are to ever escape the cycle of being an employee tied to our own business and shackled to its current level, we must find the time to work ON the business, its profitability and its progress.

In this respect, chiropractors have a fairly unique dilemma. Unlike lawyers working on “the big case” we don’t have big deadlines with big paydays looming that we take hours to prepare for. Unlike MD’s, we don’t have practice managers in the true sense (we may have office managers, who mostly manage staff and/or menial tasks, but don’t actually strategically run our business, for the most part). Like many other small business owners, we don’t have an abundance of free time, unfortunately. And like most health professionals, we don’t learn business skills in chiropractic school, but instead have to go through the painful, time-consuming college of hard knocks.

Perhaps because of all this or because of additional unrelated factors, we are generally known as poor business people. We have a high student loan default rate and low lending profile to the degree that some banks won’t get involved with chiropractic practice sales at all.

Despite the obvious exceptions (who are far fewer than the media would have you believe), entertainers are in a similar lot. Most actors, musicians, stand-up comedians and other would-be-celebrities actually never achieve celebrity status.

In fact, at the bottom of the pile of the celebrity world are probably stand-up comedians. Unlike actors and actresses, they are not universally gorgeous. They may not be able to act. And they are more often known for being a professional class clown than any sort of industrious or ambitious person.

In short, their reputation may be less than stellar and the odds stacked a little high against them. Sound familiar?

Enter one of the most successful comedians of all‐time, Jerry Seinfeld.   Jerry is regarded as one of the “Top 100 Comedians of All–Time” by Comedy Central. He was also the co–creator and co–writer of the long-running network favorite TV show Seinfeld which was rated the “Top TV Episode of All–Time” by TV Guide along with a gaggle of other awards. According to Forbes magazine, Seinfeld’s peak earnings were $267 million dollars per year and even ten years after his show ended, Seinfeld was still earning $85 million per year.

What we don’t often appreciate in the midst of his celebrity status and massive earnings is how prolific you must be to be a successful writer and stand-up comedian. Notice, he didn’t earn that money in one movie, one film, one great music CD. He earned it, night after night, show after show, line after line. His smart, consistent, small daily productivity led to massive success on a large scale. And that’s something and someone we can learn from.

Here’s the story as told to LifeHacker by Brad Isaac, a young comedian, who had the exceptional opportunity to meet Jerry Seinfeld:

Years ago when Seinfeld was a new television show, Jerry Seinfeld was still a touring comic. At the time, I was hanging around clubs doing open mic nights and trying to learn the ropes. One night I was in the club where Seinfeld was working, and before he went on stage, I saw my chance. I had to ask Seinfeld if he had any tips for a young comic. What he told me was something that would benefit me a lifetime…

He revealed a unique calendar system he uses to pressure himself to write. Here’s how it works.

He told me to get a big wall calendar that has a whole year on one page and hang it on a prominent wall. The next step was to get a big red magic marker.

He said for each day that I do my task of writing, I get to put a big red X over that day. “After a few days you’ll have a chain. Just keep at it and the chain will grow longer every day. You’ll like seeing that chain, especially when you get a few weeks under your belt. Your only job next is to not break the chain.”

“Don’t break the chain,” he said again for emphasis.

How to Apply This “Seinfeld Secret” to Your Practice

In my opinion, the Seinfeld Secret works perfectly for chiropractors who don’t have a lot of time on their hands to getting important projects done.

Here are my recommended steps:

Ambitious chiropractors (or those who are woefully behind in their projects) will try to squeeze in multiple projects per day. Notice how Seinfeld didn’t say that he needed to write 5 articles a day. After all, 5 is better than 1.

The key to this strategy is simplicity and achievability. Doing 1 project per day = 5 per week = 250 per year. This will be both achievable AND significant to your business.

Tasking yourself 5 per day may be do-able on your good days, but on your bad days, you will struggle to get anything done. And you will certainly struggle to get 5 things done. Then you have broken the chain and lost momentum. Certainly, you can always do more than 1 project per day, but remember “don’t break the chain” by doing less!

And yes, to prevent burnout, automatically give yourself a “X” on weekends and vacation days. The point is progress, not perfection.