Associate Mistakes That Can Hurt Your Chiropractic Practice Sale 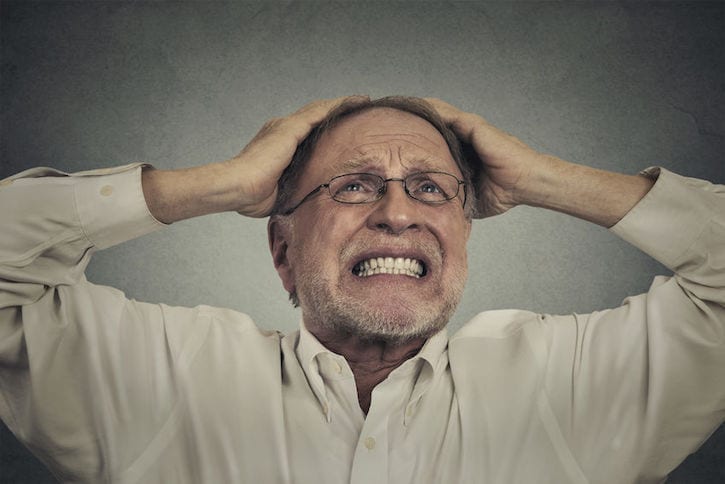 Many chiropractors hire associate doctors without proper planning. When you are younger in practice, these lessons are learned through the school of hard knocks and they are generally unpleasant for both parties.  But chiropractors who are nearing retirement or are in the “twilight” of their careers where they plan to transition out in the next several years have little time to recover from such mistakes.

Whether the associate will remain an employee, or be part of your transition plan to ultimately buy into your practice or buy you out, it is important to avoid some common and costly errors that can hinder your ability to sell your practice.

For example, we recently consulted with a chiropractor who made the “big four” associate mistakes all at once and it cost him years (and thousands of dollars) off his exit strategy goals.  Here’s what happened and the big errors that were made.

The Perfect Associate (Or Not) And Perfectly Bad Owner Moves

Here’s the background on the doc mentioned above (name withheld because no one wants to be known as the classic “bad example”). The chiropractor in question described what he considered the “perfect” associate and candidate for his sale, but he just couldn’t seem to get the sale to actually hatch. He and the associate had been working together for over 10 years. During that time the associate became responsible for a substantial amount of the production, and became well known by the patients.  In the meantime, the owner began to take more and more time off, and enjoyed life, as the associate took over the practice.

Each time they discussed a potential sale, the associate was polite and mildly eager.  But no progress towards a transition was made. After several years of “hinting” at the sale, the owner concluded that the associate had become comfortable as an employee and had no desire to purchase the practice. Since the owner was 6 months from his target retirement date, he decided to bypass the associate and put the practice on the market.

Unfortunately, the associate saw the ads (which were done by the owner himself and did not properly keep the sale confidential) and the associate became highly offended and worried he would be out of a job as as soon as the new buyer came along.

Sadly, you can almost predict the rest of the story. The associate was offended that he wasn’t offered a chance to purchase the practice. So he then took matters into his own hands and quit. The owner had to work hard to try and save the production that was formerly in the hands of his associate and collections dipped.  When prospects answered his ads, they quickly backpedaled and although he had a few interested DC’s, no buyer materialized. Fast forward two years in this holding pattern, the doc called us for help with his transition and sale.

The first big mistake the owner made here was getting both himself and his associate comfortable, with no clear plan for the future.  This was perhaps the most devastating “error” because, on the surface, everything seemed like it was working fine.  The patients were happy, the associate was happy, the owner was happy.  But lurking beneath, there was no clarity, no contracts, no plan for the future.  So when the owner decided to make a push (or several in that direction), the associate didn’t want to step out of their comfort zone.  After all, the associate was making good money, seeing patients, with no ownership responsibilities, no requirements to get new patients – just show up and work.

If the owner was twenty years younger, there would be no problem with the arrangement, as it could continue on for years. But as the owner moved towards his twilight and neared retirement, these milestones should have been put in place or the relationship should have terminated.

The next big mistake the owner made was waiting too long.  Simply put, if you want to retire in 6 months, don’t wait until then to hatch your plan.  As demonstrated here, if anything goes wrong, you will now be scrambling and not likely to meet your retirement timeframe.

Mistake # 3 – Pursue the Prospect in Front of You First

The second mistake the doctor made was in assuming the associate was not at all interested in a purchase.  Certainly, the associate’s interest was not very apparent as prior conversations never really went anywhere.  But before putting the practice on the market, the owner should have made one final and very clear offer.  Sure, the associate could still have said no and walked away (which is why mistake #2 is critical to avoid).  But we’ve seen countless associates spring to life when they are faced with two chocies: buy the practice or find a new job.

In conducting their due diligence, prospective buyers of the owner’s practice noticed immediately that the associate was drastically overpaid receiving a commission equal to 40% of the production (services). First, paying your associate based on their services (instead of collections) is typically a mistake. This particular oversight was more substantial than initially perceived, given that this practice had a sizable insurance component with significant differences between production and collections. This led to the practice having much smaller profit margins than other practices on the market that were collecting in the same ballpark.

Excessive compensation can also create problems for the associate who intends to buy your practice, or buy into your practice. If you are paying an associate top dollar and your practice has thin profit margins, there’s a risk that your associate would essentially take a pay cut in becoming an owner. Try convincing them of taking all the risks of ownership AND a pay cut — that’s not going to happen!

The next issue was that the associate did not have a covenant not to compete. The purpose of a covenant is to prevent associates from moving to a location within a certain distance of the practice and taking patients with them. Purchasing candidates concluded that if they bought the practice, there was nothing to protect their investment. In this case the patients knew the associate doctor well, and many were likely to follow if he left the practice.

In a similar situation, if your exit strategy depends on getting your current associate to buy, a non-compete is an essential document. Otherwise, why buy? After years of being with you, they may have built up a sizable practice – at least enough to get started in their own business. Without a non-compete, you have nothing to stop them and very little leverage to entice them to buy.

While not all states allow covenants and other states limit their use, most states do allow them. As many gun enthusiasts say, “I would rather have one and not need it than need one and not have it.” The same logic can be applied to having your associate sign a covenant. Sometimes things don’t work out as we plan. If you want to protect your largest investment and your life’s work, get out of your own way and make what will be one of the best decisions over the course of your career. The alternative could ultimately kill the sale of your practice.

Another common mistake is made by well-intentioned doctors who try to get their associates up and running. Typically, this begins by spoon-feeding them some new patients so they can get their feet wet. In some cases, this generosity exists without any thought and extends far beyond your initial intentions of giving them a head start.

Years later, you are still handing them patients. For some doctors, this is enabling them to have the appearance of a good practice while (if left to their own devices), they would have none. For others, you are literally giving your associate’s the “cream of the crop” and handing over to them profitable cases like PI patients simply because you are in a rotation.

I’m not saying there should be no division of new patients, nor any overflow. What I am saying is to beware of over-feeding. In the end, it can mask poor performance by enabling associates to survive longer than they should. Then when you get to discussing exit strategies, you realize you have an associate who really can’t make it on their own and isn’t a viable candidate for getting you out of practice.

How Things Panned Out

In the end, we were able to locate a great prospect for the Seller’s practice — despite all the mistakes being made.

The practice did not transition for the true value that it could have achieved without these errors.

Long story short — mistakes are not fatal, but they can certainly hurt.

Now, let’s switch gears and turn the focus inward to your practice.

What do you do if you are guilty or one or more of the above?

If the light at the end of your tunnel is approaching and you are nearing your transition phase, you need to seriously correct any and all of these mistakes.

Here’s the good news – if you catch this BEFORE you sell or transition, you will escape the major damage these mistakes can do to your sale.

Here’s the bad news – your associate is not going to like it. But you need to have a frank conversation that explains that you are looking to transition and you need to get things in line.

And you need to explain, that, at this point in your career, you do not have time to recover from any more mistakes and that you need the person to whom you will transition to lined up. If that’s them, great. If not you need to move on (and so do they).

Want to avoid these and other mistakes related to your transition?  Check out our FREE webinar Sell, Switch or Slow Down: How to Maximize the Value of Your Chiropractic Practice Sale or Transition & Minimize Costly Mistakes.