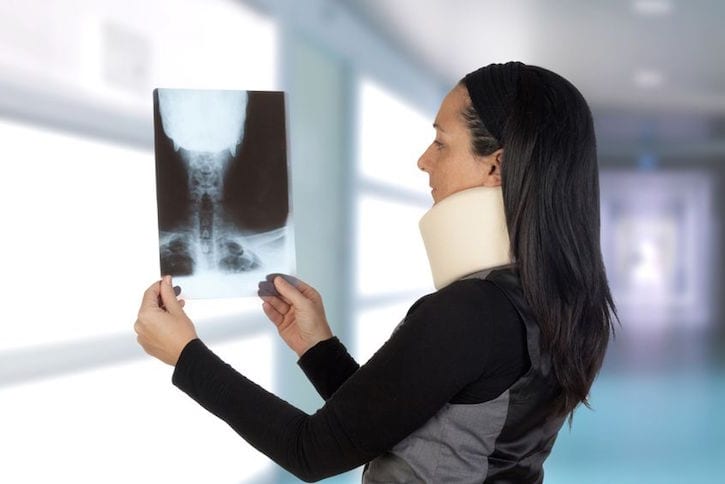 When treating a motor vehicle injury, the “pre-existing condition” often creates enough of a mess to spark fear in the hands of inexperienced chiropractor or worse, to cause mistakes in the area of injury apportionment which can compromise the claim and/or produce a flurry of billing, coding and documentation errors that will lead to payment problems for the chiropractor (and the patient) down the line.

Accurate apportionment of pre-existing chiropractic personal injury cases does not have to be a source of confusion, mystery or mess. Instead, by strategically approaching this issue, you can conquer your apportionment problems and even better –  the law is on your side!

The Most Important Apportionment Distinction

Chiropractors should begin their approach to accurate apportionment as an attorney would: by looking at the law.  After all, if a personal injury case goes to litigation, it will be in the arena of attorneys, so you need to be on the legal playing field that they understand.

This is good news because, legally speaking, there are only two types of pre-existing conditions: inactive (also known as dormant) or active (also known as symptomatic).  At the most basic level, then, your most important job in terms of apportionment is to simply define or distinguish which type of pre-existing injury your patient has as a result of their motor vehicle collision.

The first type of pre-existing condition is termed “inactive” or “dormant.” Most state laws define an inactive pre-existing condition as one where there is no evidence that the condition was causing pain or disability before the injury occurred. Consequently, the legal conclusion is that the “re-awakening” or flare-up of that pre-existing condition makes the at-fault party liable for all damages caused to your injured patient. Furthermore, from the med-legal perspective, the cause of the present symptoms is the recent trauma, even though the symptoms may be worse or healing may take longer because of a preexisting condition.

The second type or pre-existing problem is the “active” or “symptomatic” one. Put simply, an active pre-existing injury is one which is currently causing the patient pain or disability prior to the subsequent injury. Obviously, active pre-existing conditions can vary in nature and degrees of severity according to how the patient was dealing with that injury (ex: were they under current treatment for the pre-existing problem from a DC or other medical provider?) As you may imagine, a new trauma that occurs in addition to an already existing injury will cause more significant challenges for the patient and for you as the treating provider – on multiple levels.

It is interesting to note that sometimes chiropractors muddy the waters and create apportionment problems by a lack of good documentation.  Remember that whenever you are discussing a pre-existing condition in chart notes or narrative report, you should also note whether this condition is an active or an inactive condition.

By using the above med-legal definitions, the simplest form of apportionment will occur when you have an inactive pre-existing condition alongside the new injuries that require treatment.

Because there was no treatment being rendered, no pain or disability being caused by the pre-existing condition, then the apportionment due to that pre-existing injury is ZERO.

In other words, the responsibility (in terms of fault or payment) of the entire case now is based only on the new injuries sustained in the collision. Even better, such legal renderings have been supported even at the highest legal levels in the land.  Most notably, in the case of Bennett v. Messick, 76 Wn.2d 474 (1969), it was concluded that a dormant pre-existing injury did not factor at all into the apportionment of the current injuries that were sustained in terms of fault or payment responsibility.

Unfortunately, all motor vehicle injuries are not black and white cases of no apportionment. If the patient does indeed indicate that, prior to the recent trauma, they were experiencing some level of pain or disability, then your job as a chiropractor is to assess the degree of change between the old condition and the new injury.

While apportioning a percentage of injury or residuals between an active pre-existing condition and a new injury can seem like a gargantuan task (or one filled with guesswork), here again the law gives us some good news – and a good bit of reliance upon you, the chiropractor, as the expert. Even better is the fact that you are not required to prove 100% probability.  In most states, the confidence interval of 51% (more likely true than not) is all that is required to meet the legal standard for your apportionment opinion to be legally valid.

And while there is no universally accepted formula for apportionment of injuries, there are some factors that should be used in helping you determine apportionment for your patient.  Here are a few you should strongly consider:

Start with the most objective ways you can assess such as:

Objective Assessment Questionnaires. If you used questionnaires prior to the MVA, compare scores before and after. What were pre- and post-collision VAS scores? What restrictions on activities or pain problems did your patient report before the new trauma?

New Injuries. Did the recent trauma cause new injuries in addition to aggravating the old condition? In reviewing past-records (yours or from other providers), were the current diagnoses rendered prior to the MVA or are they brand new problems?

X-ray Findings:  did you take films of the patient prior to this MVA?  Are their measurable changes? Are there areas of subluxation, curvature changes or other signicant findings pointing to new or worsened injuries?

Ask Your Patient: Have your patient rate him/herself before and after the current trauma. This can be accomplished in a number of ways. For example, the doctor can ask the patient: “What percentage would you estimate that you are worse are you now from the recent motor vehicle accident?”

Patient History.  Take a comprehensive history from your patient about the degree of symptomatology, restrictions on activities, residuals, frequency of treatment, etc., just prior to the present trauma.

Use the IF ONLY Statements: In your narrative and documentation, include statements that clearly reflect the present condition of your patient and contrast it to their past condition.   For example: “If only this patient had not experienced this trauma, he/she would not be seeking treatment in my office.” Or “If only this patient had not been involved in this new MVA, their prior treatment would have been concluded.”

Be Authoritative!  As mentioned above, there is no one simple formula for determining apportionment. The really good news is that all parties involved know it! So, while it is certainly reasonable that some opposing attorney, IME doctor or payer could potentially argue with your apportionment, it is important to remember that they do not possess a sure-fire, secret formula for apportionment any more than you do! Therefore, the final step is to make your apportionment opinions reasonable and based on a logical explanation. In this respect, it matters less whether you use a magic formula to determine apportionment (there is none anyway) and matters much more that your conclusions are well-stated and can be reasonably substantiated.

Accurate apportionment for is only a tiny piece of the chiropractic personal injury puzzle.Want more knowledge AND power?  Check out our upcoming Chiropractic Personal Injury POWER Seminars coming to Seattle and Portland where you’ll learn how to rapidly improve your MVA coding, documentation, case management, billing & business strategies for a bigger, better, more profitable PI practice!