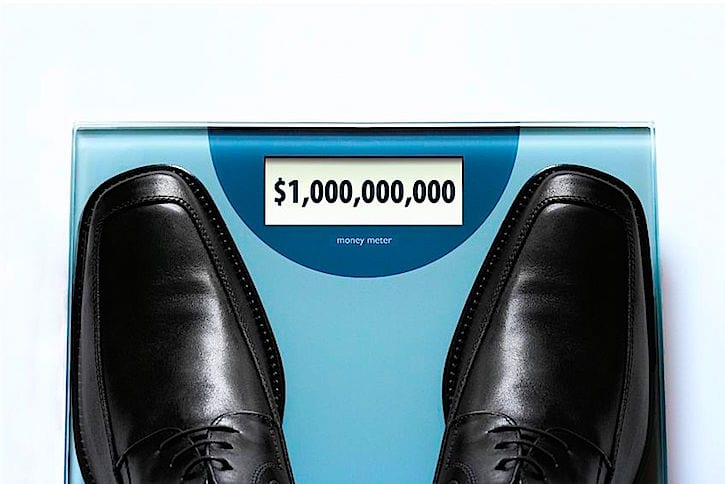 There is one question that every chiropractor asks at least once during their chiropractic career. For some, the question gets posed at multiple times throughout the course of the life of their business. And for others, it’s a question that needs to be answered soon.

The question is simply: how much is my chiropractic practice worth?

Despite the commonness of the question, I’m continually amazed by two aspects surrounding it: the first, is how few chiropractors know the answer to this question at any given point in their career (including when they are in the “home stretch” and within a few years of desired retirement age). The second point of puzzlement is the persistence of an oversimplified calculation of chiropractic practice value being based upon some percentage of gross collections.

For example, I recently spoke to a young doctor who was a few years out of chiropractic school who had looked at 37 different practices in an effort to find one to buy. When I asked why he saw such a large number of practices without actually purchasing any, his reason was that they were all “overpriced” according to the percentages he learned in school. Questioning him a little further, he produced a percentage range that I’ve heard a dozen times before. But unfortunately, he failed to produce any reason beyond his surface calculations. In other words, he simply looked at the asking price, the yearly collections average and did the math which led him, in every case, to walk away and look for another “bargain.”

Should Gross % of Collections Should Be Used At All?

I believe the young chiropractor was in error by using the gross percentage of collections as his single determining factor of a chiropractic practice’s value – but he’s not alone in making this mistake. There’s much more that needs to be evaluated before deciding that a practice is fairly priced or over priced.

That said, the gross percentage of collections is not an entirely useless figure. It is often suggested by some banks and finance companies to give a ballpark figure for their lending terms, but it is not necessarily meant to be used as a statement of practice value. In fact, it is rarely used in this manner by those who are familiar with chiropractic business appraisal methodology.

Why Gross Collections % Can Be Massively Wrong in Valuing Your Practice

For example: take two chiropractic practices that are both grossing $500,000 per year in collections. Practice A has extremely low profit margins due to the fact that it pays above the market rent, has a large staff, hefty equipment loans and, in general a fairly high overhead approaching 70%.  Contrast that to Practice B (which also collects 500K per year) but is a lean mean profit producing machine with a 35% overhead.

Which practice has the higher value? According to the ballpark collections % formula, each would have the same value as they both collect the same. But clearly, the lower overhead, higher net practice, will be worth more.

This is precisely why ballpark percentage of collections should be used to determine value, and subsequently the price. (And it’s exactly why our young chiropractic friend may be passing up some great deals if he continues to use this formula.)

So How Exactly How is Chiropractic Practice Value Determined?

By badmouthing the ballpark percentage of collections formula, I don’t mean to imply that valuing a chiropractic practice is a easy procedure simply requiring a better formula or measurement tool. It’s not like you can just step on a scale and determine your business value in the same manner you determine how much you weigh.

That being said, it is important to recognize that there are many other factors that can directly influence and contribute to the final value of a chiropractic business, not all of them being financial. After all, the market value is simply what a willing buyer is willing to pay and those decisions are based on many things – some of which are tangible, logical and calculable and others of which are slightly less so.

Certainly practice profit is the most important component in establishing a value. Without enough cash flow to pay the bills, including the practice debt, and to provide the buyer with a reasonable salary (and provide a reasonable ROI on the initial investment), there is little or no value beyond the (possible) real estate, and equipment.

Practice growth is also important and affects value. Two practices with the same gross and net incomes will have different values if one is growing at 10% per year and the other is declining at 10% per year. Although you generally cannot capture “future potential in today‘s sale price, rest assured it has a huge influence on a buyer‘s desire to purchase and ultimately, the practice’s value.

Transferability to a new owner is important as it makes up a significant component of goodwill. Some other influencing factors are geographical location, facility appearance, competition (or saturation) of chiropractors, value of equipment, number of active patient files, remaining employees, and the owner‘s transition period following the sale.

All things considered, profits are vital in establishing a value, but it would be a mistake to ignore the above factors that are related to the total practice value.

Putting Numbers on What Your Chiropractic Practice is Worth

So, in consideration of the above, how exactly do you determine how much your practice is worth? The valuation of a chiropractic practice is not a simple affair but it is an important one that too many chiropractors ignore.

In fact, when speaking to chiropractors who are two or three or more years away from retirement or a practice transition, DC’s will typically have no clue about the value of their practice. Their rationale is that they are going to wait on the cost of an appraisal until they are ready to transition.

While this is certainly one strategy that can save you time and money, it does not help you put numbers on what your practice is worth. And as a result, you continue down the road towards your retirement or transition with no real expectation of the value of a key asset in your retirement portfolio.

Obviously, the consequences can be severe. You overestimate and you end up working an extra year or two (or five) to make up for what you thought your practice is worth. If you underestimate, you could have been retired sooner.

Fortunately, there is a happy medium known as a Chiropractic Practice Valuation. Unlike a formal appraisal, the valuation is not generally used by banks to establish the “official” value of the business; nor are valuations conducted by the same standards as required by the IRS for determining the value of an asset.

However, Practice Valuations can be an excellent tool to help you estimate the value of your practice to determine its worth for your potential sale, future sale, financial planning, negotiations with an associate or prospective buyer as well as many other uses.

In addition, the Chiropractic Practice Valuation can generally be done much faster and at much less expense than a formal appraisal because it is limited in scope compared to an appraisal.

In this respect, the Valuation becomes an excellent “first step” in Chiropractic Transition Planning. It helps you to determine what your chiropractic practice is really worth without using error-prone, “gut check” guestimates or other equally inaccurate methods. And because of their cost savings (typical appraisals are $1500-$5000 and upwards; valuations may cost a fraction of that), Valuations can be utilized much earlier while still providing you with some important details about the value of your business asset.

After all, no one is going to want to pay $5k for an Appraisal when they are 10 years away from transition. Or even if they are one year out, most DC’s don’t want to pay for multiple appraisals. A Valuation, on the other hand, can serve as a tool used earlier in practice and because of its affordability, can be performed multiple times to gauge practice value up to the transition period when the owner is ready to retire.

Which Should I Get – An Appraisal or a Valuation?

In many cases, the question is not either/or but an if or when.

If you are ready to transition now, have a buyer or prospect interested and already have a reasonable estimate of what your practice is worth, then it makes sense to get a formal appraisal.

Once you have established an estimate of the business value through a Practice Valuation and as you get closer to transition time, it would then make sense to eventually get a formal appraisal.

Any way you slice it, an appraisal or a valuation are better than a guestimation to determine the answer to how much your practice is worth!

To find out more information about how much your practice is worth, attend our upcoming FREE WEBINAR — Sell, Switch or Slow Down: How to Maximize the Value of Your Chiropractic Sale or Transition and Minimize Costly Mistakes!